Looking uncomfortable new truths straight in the eye seems to be the best option, I figure. Not having shied away from difficult topics in the past on this blog (nor in my life), this is a new one.

If you know anything about me, you probably know that I love to eat. And that I love love love to work with gold. This is what drew me to attend the International Gold Conference in NYC earlier this month, which presented a variety of topics about the metal: its worth, its makers (jewellery-world luminaries such as such as Stephen Webster, Mimi So, and the amazing team from Catbird NY) . Makers, subcontractors and educators from Brooklyn and from London, UK, and much more.

It also presented the darker side of gold: its mining practices. I had come across things I would have rather not have known.  Joanne Lebert form Canada’s IMPACT was particularly impressive to me.

It’s not like these contemplations were entirely new to me; I had heard enough. But I had never heard it with such clear voices, and I had certainly never seen it on film. Prior to this, I made sure my precious metals suppliers adhered to strict environmental standards within Canada/USA, but I did not look deeper. I knew that the majority of the gold I use is recycled. I recycle gold which my clients trade in when I re-create their old pieces into a new one.  And I had, in fact, just a few weeks earlier decided to order my first batch of fair mined gold – at a premium price. Like the local or organic veggies I buy, I knew certification and accountability would have it’s price.

All this makes me glad that a film is coming to Halifax next week, which shines a light on the issue: “Shadow of Gold” takes a close-up look at this beloved metal, examining stories in China, Democratic Republic of Congo, Dubai, USA, Peru, and beyond. David Suzuki calls it “a very important film that should be seen”. Watch the trailer here: Shadow of Gold. 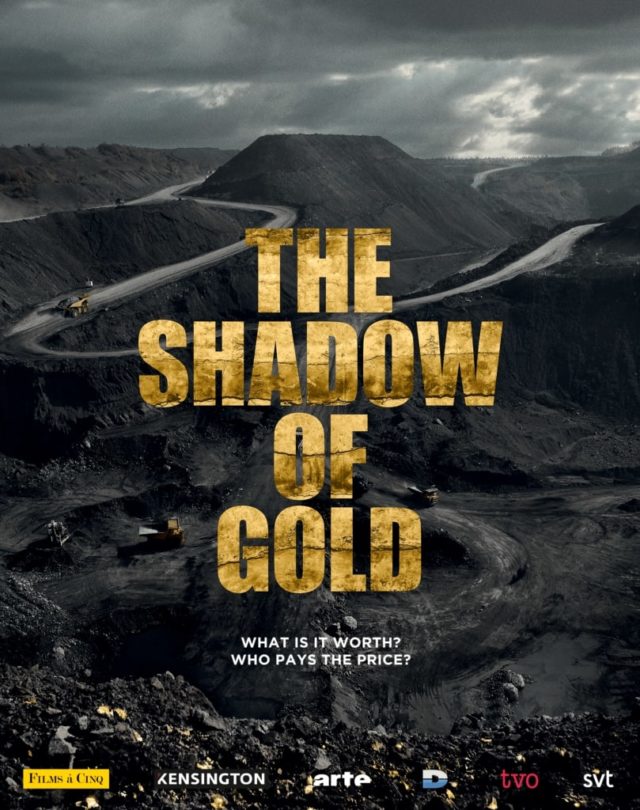 We are lucky that one of its award-winning Canadian filmmakers, Robert Lang, will be present for the screening.  And I am honoured to have been invited, as the only maker, to join the panel which will convene following the screening.  This is a topic which should be very relevant to Nova Scotians, as there is gold exploration right here!

Come and join us in being brave enough to face the truth about this coveted material, which can bring such suffering and destruction, including right here in Canada (as you will be shocked to learn, as was I).