I am proud to be featured in an editorial on Canadian Jewelry Designers influenced by nature,  in nationally published Mercedes-Benz Magazine! 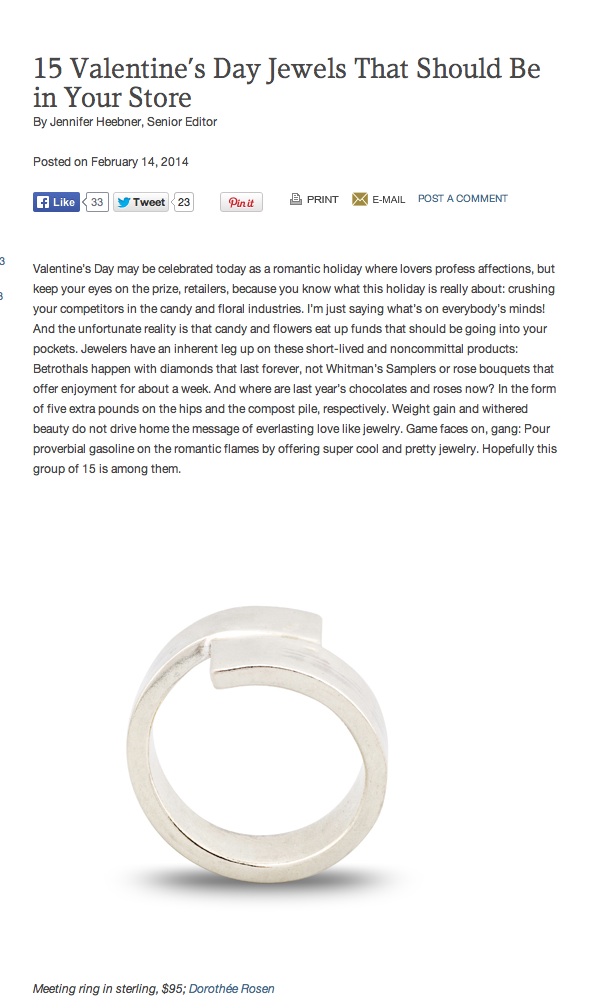 High praises were sung at the 2013 Buyers Market of American Craft in Philadelphia, by Jeweler’s Circular Keystone, the leading magazine in the industry, who chose my work first among all 300 presenting jewelers: 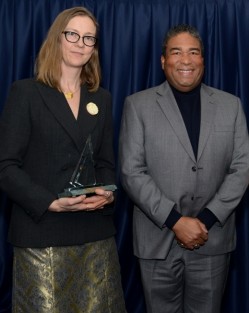 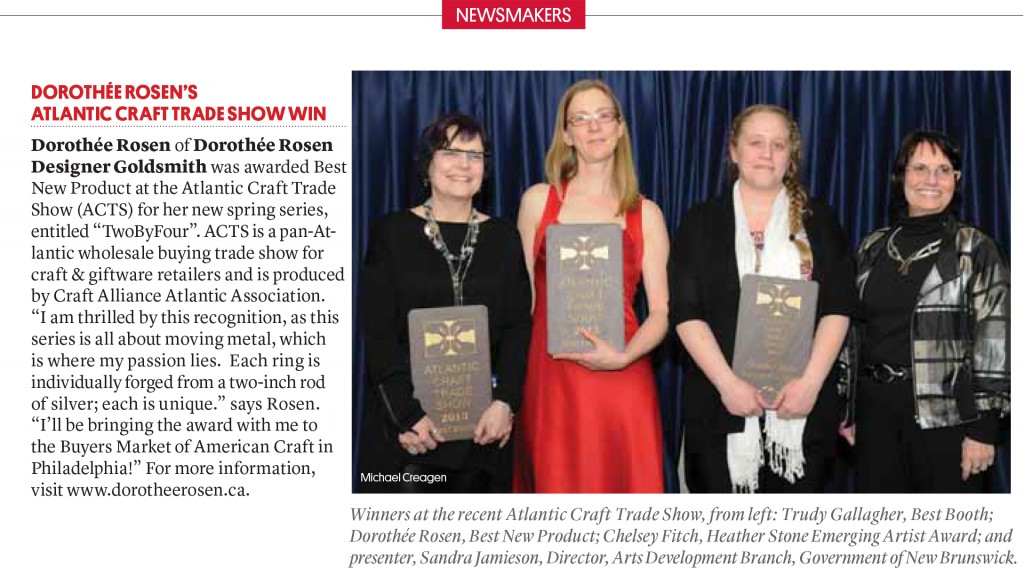 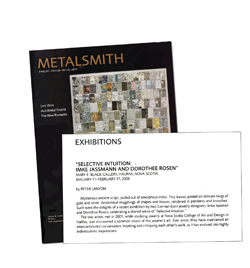 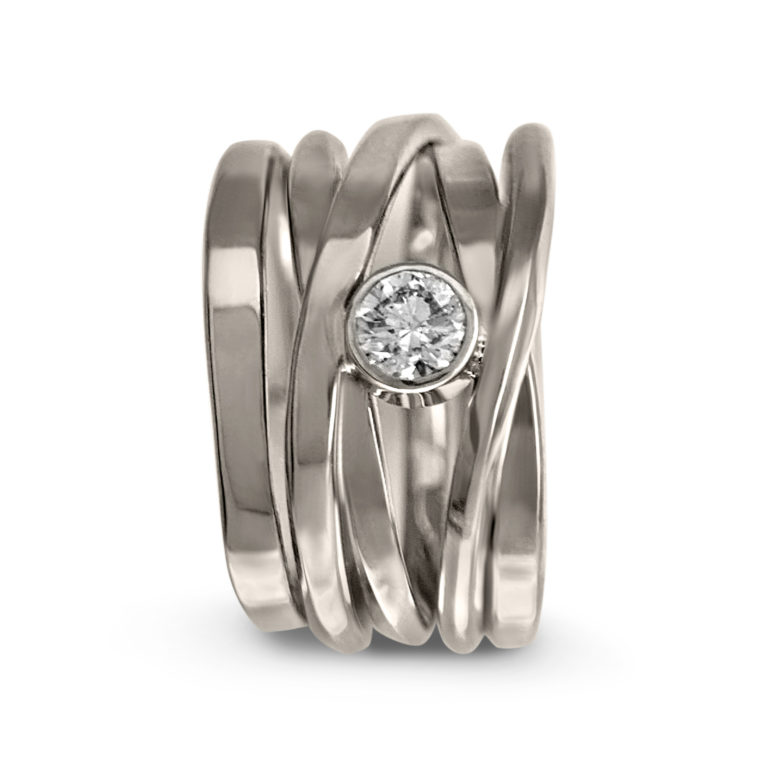